Leading international advocate tells TDs that Down Syndrome is a life worth saying ‘Yes’ to. 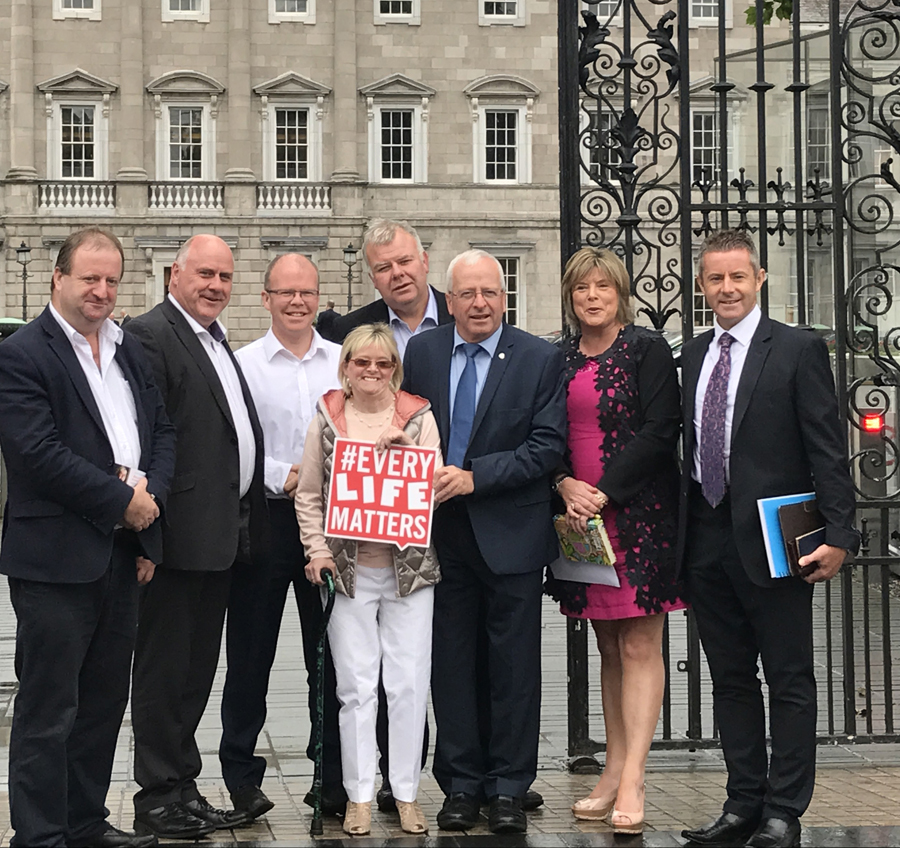 A leading international advocate for people with Down Syndrome, Karen Gaffney, has spoken to TDs at the Dáil to tell them that her life is “worth saying ‘yes’ to,” and to urge them to protect the right to life of people with disabilities.

Ms Gaffney spoke to TDs in Leinster House, and also held a press event outside the Dáil at 12noon today with Mattie Mc Grath, the Tipperary TD, who hosted her visit to the Dáil

Karen told TDs that increasingly screening was being negatively used against preborn babies with Down Syndrome and that this was leading to a scenario where her community might no longer exist. “Don’t screen us out, screen us in. Say ‘Yes’ to our lives” she said.

Noel Grealish TD thanked Karen for her powerful presentation, and said that legislators needed to listen.

Senator Brian Ó Domhnaill said that Karen was an inspiration and that she spoke for so many people who were not being heard on the issue.

Mattie McGrath TD, who had invited Karen into the Dáil, said that people with Down Syndrome enriched people’s lives and our communities, a view shared by Deputy Michael Healy-Rae who said that nobody can predict the special value any child will bring to the world and welcomed Karen to the Dáil.

A TED talks star, and a long distance swimmer who relay swam the English Channel, Ms Gaffney is the first living person with Down Syndrome to receive an honorary doctorate, and she is an impressive and witty public speaker.

“Imagine that here we are reversing the damage caused by institutions, removing barriers to education, making inroads into a full and inclusive life for people like me, and still we have those who say we shouldn’t even be born at all,” Ms Gaffney told an audience at a Ted Talk in Portland.

She says that people with Down Syndrome were now achieving success as “musicians and artists, golfers, models, public speakers, and good employees making a contribution to society” but that the race was on to find newer, faster ways to diagnose the condition before birth and that those pregnancies were all-too-often terminated.

It is important in this debate that people with disabilities’ voices are heard.

This Saturday, July 1st, she will share that message with tens of thousands of people at the Rally for Life in Dublin city centre and at an event in the Davenport Hotel that evening at 8pm.