Precious Life has said that the huge numbers taking part in the Rally for Life in Belfast should send a warning to the governments in the north and south of Ireland that the people here will not accept abortion. Spokeswoman Bernadette Smyth, who said the Rally had to be re-routed to accommodate the huge numbers, said it was “evidence that the Irish people, north and south, wanted to sent a strong pro-life message to politicians currently considering changes to Ireland’s abortion laws”. 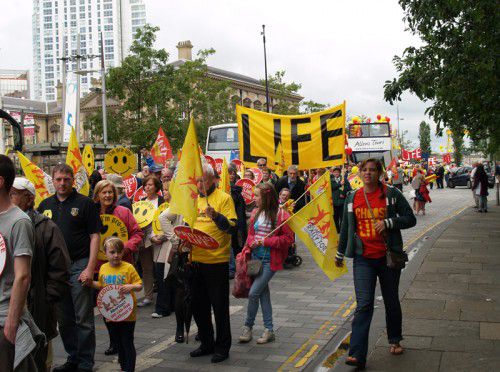 At two o clock on Saturday, a huge surge in numbers saw the biggest pro-life Rally ever seen in Belfast leave Custom House Square and head for the City centre. The Rally had a carnival-like atmosphere, with music, face-painting, flags and balloons and a pro-life “flash mob.” Up to 7,000 people joined the Rally, as it moved through Belfast, with thousands of young people cheering pro-life rappers as they reached Belfast’s City Hall.

Abortion is a hot-button topic in Ireland this year, as the Irish government awaits recommendations from an ‘expert group’ on whether to bring forward abortion legislation, while a strident push to legalise abortion in Northern Ireland is being strongly opposed by Precious Life.

Addressing a packed Custom House Square, Bernadette Smyth said the eyes of the world were on Ireland. “We need to be ready for what lies ahead because there is major battle waging – a ferocious battle to murder innocent little children. But we must be equally fierce, we must be ready to do everything to keep this country abortion-free. This is the greatest human rights battle of our day and we are called for such a time like this.”

To continued applause she said, “History books will recall today as a day we stood together and prayed together, and as a day when the people of Ireland chose life for our future generations.”

Dr Eoin White also had a message for Republic of Ireland’s Taoiseach and Health Minister : “Enda Kenny and James Reilly need to realise that there are boundaries to their authority, and that it will be the Irish people, not the European Court, who will decide our pro-life laws,” he said.

A so-called “Rally for Choice” at the City Hall only attracted some 100 participants despite months of organisation. The pro-abortion protestors looked increasingly glum as the huge pro-life rally passed by with one feminist blogger admitting later that they “were really down as the sheer numbers passing by endlessly seemed overwhelming.” One of the “Rally for Choice” protestors was arrested by the PSNI.

Bernadette Smyth concluded, “The Rally for Life united the pro-life people of Ireland. We sent out a clear message that we stand united to oppose any threat to legalise abortion on this island – whether that threat comes from within Northern Ireland or the Republic of Ireland, or from outside in Europe or the United Nations.”

The Rally for Life organisers – Precious Life, Youth Defence and the Life Institute – said that the huge turnout and joyful atmosphere of the Rally was due to the months of hard work by volunteers, and thanked all involved for their dedication and commitment to the cause of Life. 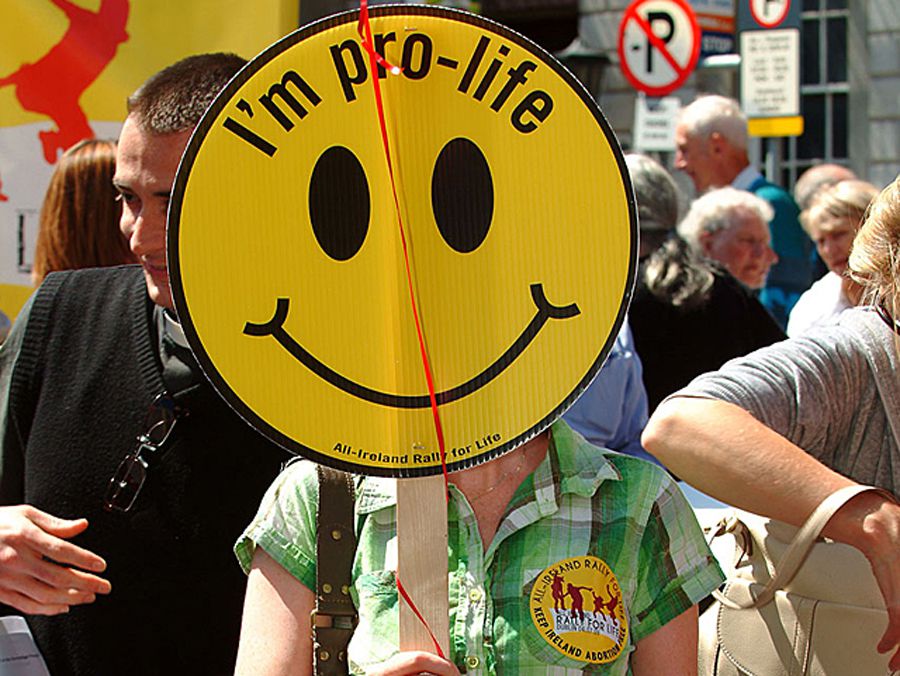